The customer selected VirtuCache because:

Alcatel Lucent is a large telecom equipment provider. One of their departments was looking at upgrading their existing hybrid EMC VMAX storage appliance to an all-flash array, with Pure Storage being the leading contender for this replacement. Their main motivation to upgrade to an all-SSD array was to improve storage performance for their VMware VMs. But on the other hand they were also exploring a cheaper alternative to a full storage array replacement.

By using VirtuCache caching to host RAM, they were able to get better performance from their existing array than upgrading to a Pure Storage all-flash array. Also they were able to extend the support for their existing VMAX array for cheaper via a 3rd party post-warranty support vendor. This combination of 3rd party storage support vendor to support their existing VMAX array and VirtuCache caching to host RAM provided the same level of support they had earlier for their VMAX array and far better performance than they had before.

Below are the results of Iometer storage IO performance tests that the customer conducted that compares the performance of their existing EMC VMAX array, the new Pure Storage M20 storage array they were planning to buy, and VMAX accelerated by VirtuCache. 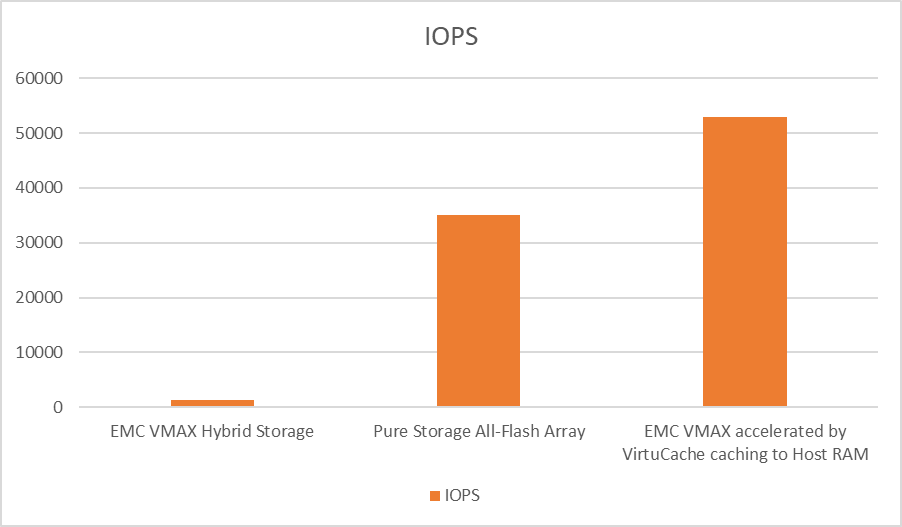 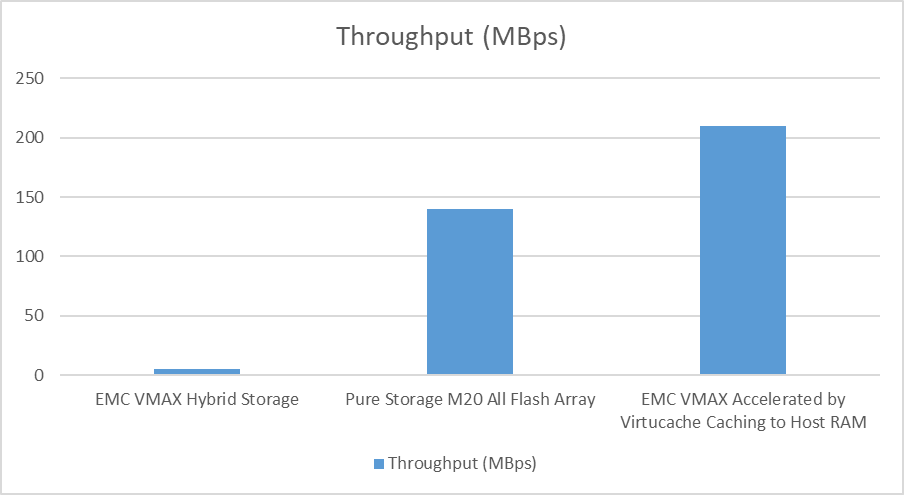 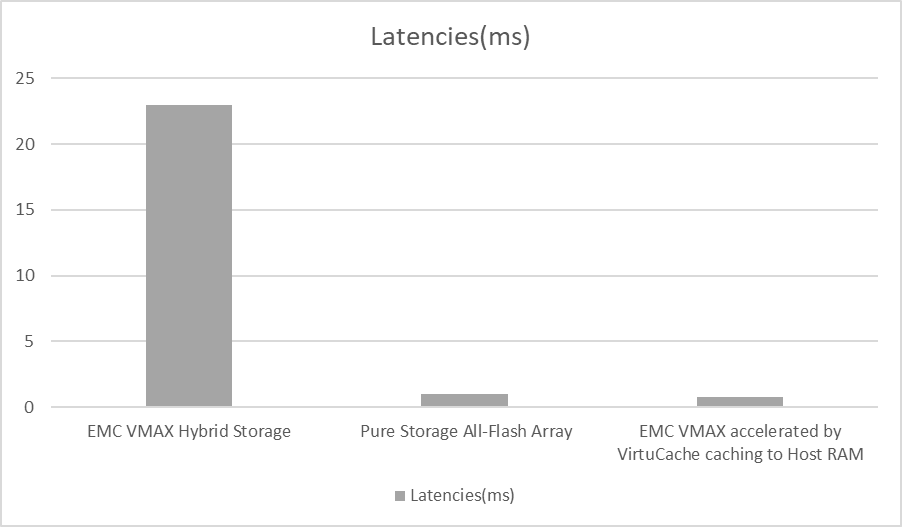 Alcatel Lucent’s applications (running within VMs) were benefited by improved storage performance for a much lower cost than upgrading to an all-flash array. Cost/MBps throughput, and latency comparison between the two options is below.