Finding a cost effective solution that was able to reduce both read and write latencies in VMware VMs running Microsoft Dynamics AX.

VirtuCache helped reduce latencies in Microsoft AX by caching frequently used data from CPP's backend EMC appliance to in-host SSDs. With VirtuCache larger amounts of SSD could now be deployed and for much cheaper than what it would have cost CPP to upgrade to a higher speed FC network and an All-Flash SAN array.

CPP is the world leader in personality, career, and organizational development assessments.

They help their clients with organizational challenges in the areas of team building, leadership and coaching, conflict management, career development, selection, and retention.

Issues with VMware and Storage

The IT team at CPP was looking for an easy to use, low cost solution to reduce storage latencies for their VMware VMs that ran AX.

IT Infrastructure at CPP

VirtuCache was deployed on each ESXi host caching data from LUNs on the EMC Clariion appliance to one 400GB Intel S3710 SSD per host.

The below charts show before and after VirtuCache performance for this ESXi host. 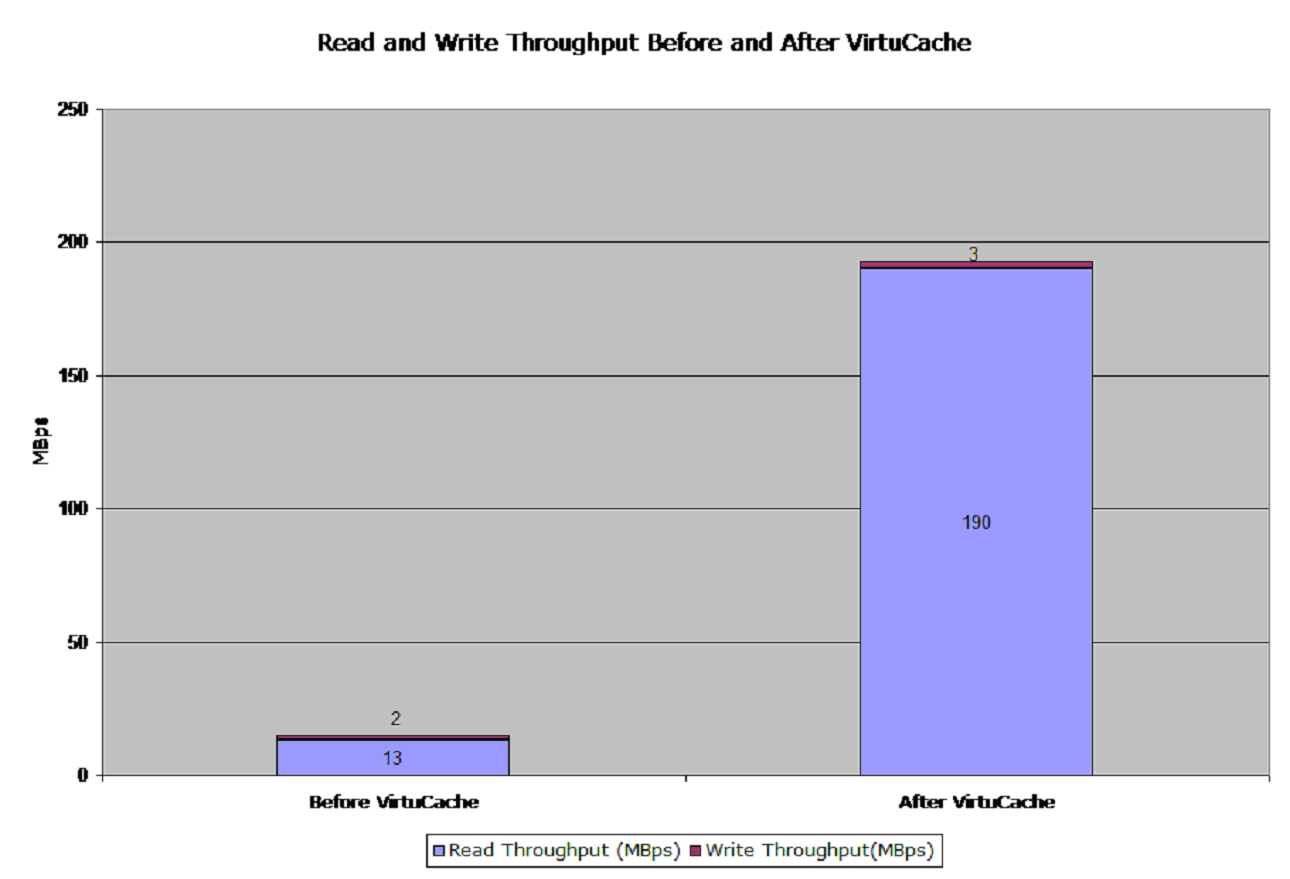 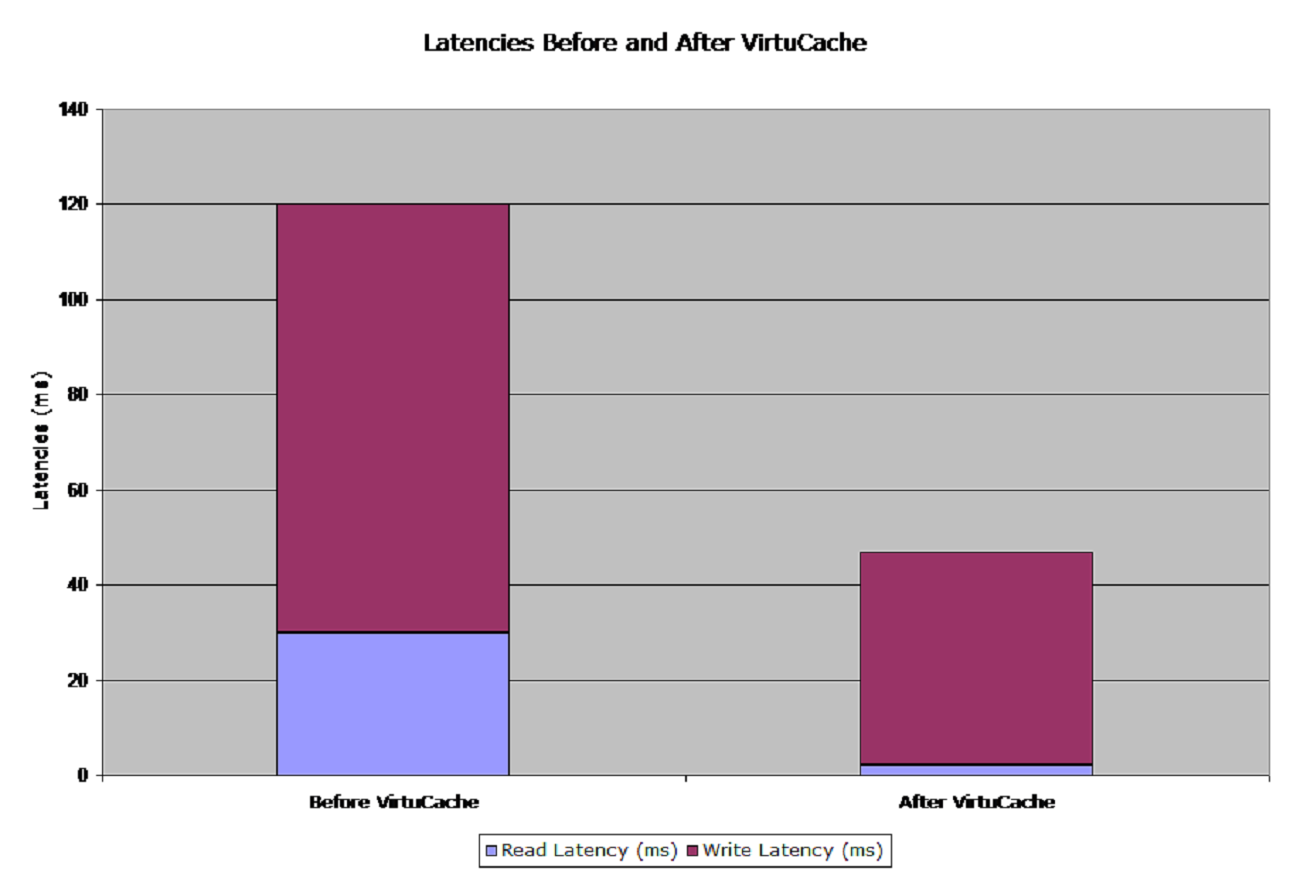 As can be seen from the graphs above, with VirtuCache the throughput was 13 times higher and storage latency was a third of what it was prior.

CEPH Storage with Server Side Caching for Genomics

Improving Performance of Log Management Application at a Service Provider