SSDs deployed in CEPH OSD servers, whether for caching / journaling or primary storage, are not very effective from a performance point of view. The problem lies not in the SSDs, but because they are deployed at a point in the IO path that is downstream (in relation to VMs that run user applications) of where the IO bottleneck is. This post looks at this performance shortcoming of CEPH when connected to ESXi hosts, and its solution.

There are two options for improving the performance of CEPH.

Option 1 is to deploy SSDs in CEPH OSD servers, whether they be for journaling, read caching, or primary storage(all-flash CEPH).

Below are the reasons why we recommend Option 2 above.

SSDs in CEPH OSD servers don’t help much because that’s NOT where the storage IO bottleneck is.

Even if you have an all-flash CEPH, you should evaluate VirtuCache with an in-host NVME SSD or RAM to verify the above argument.

Write IO Path with and without Host Side Caching software.

High write latency is the main problem in CEPH. As you can see from the below diagrams, the write IO path is much shorter when host side caching is installed in ESXi hosts, and hence this option has lower write latency. 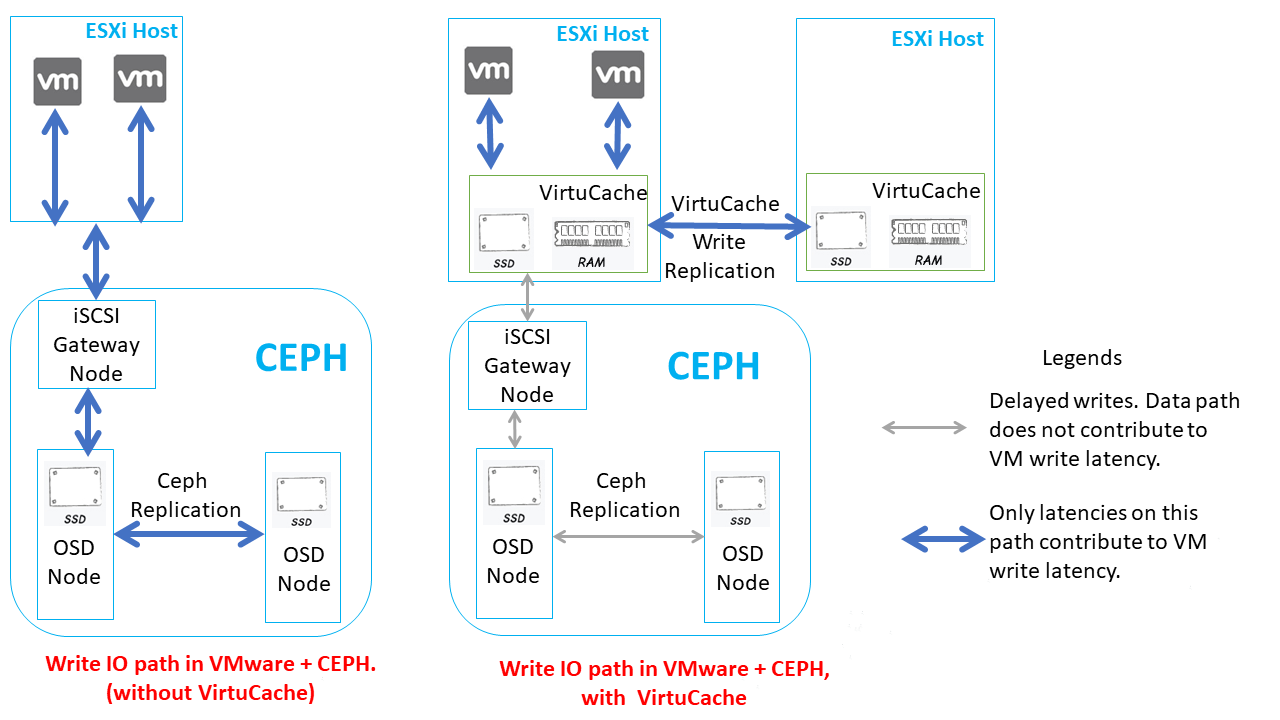 With Host Side Cache in ESXi, VM write latency for all writes = Host cache media latency + Latency of VMware network (used by host side caching software to mirror write cache).

As you can see from the below diagrams, the read path when host side caching is deployed in the ESXi host, is shorter as well. 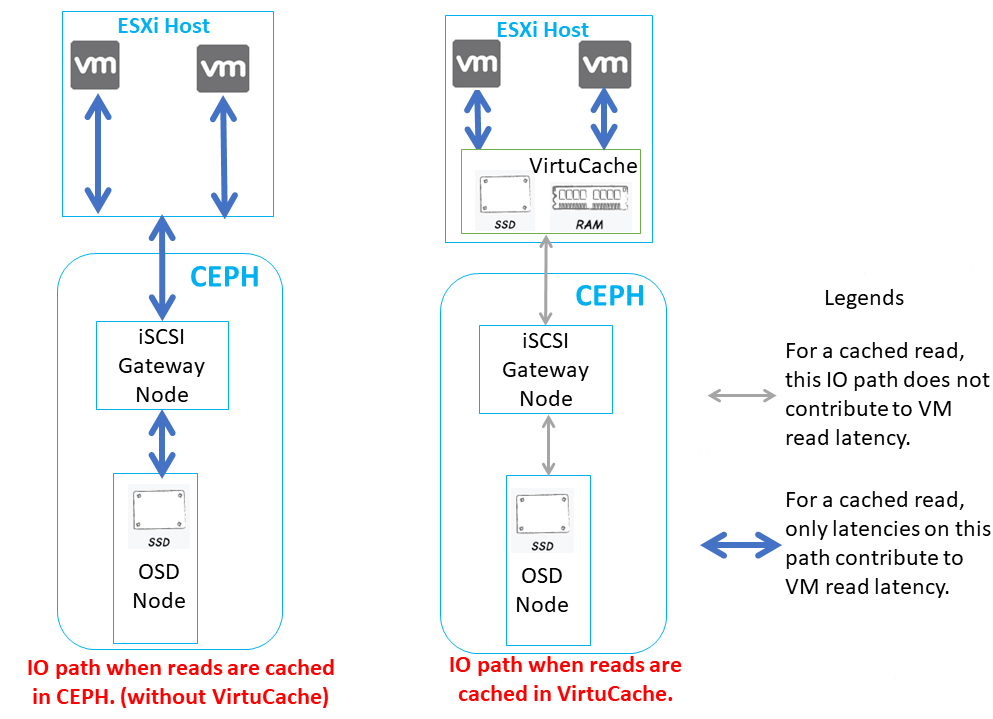 A straightforward Iometer test was run from within a VM, that had 80/20 read/write ratio; 100% random IO pattern; 4KB block size; using a 10GB test file.

Option 1 – Two Intel P4600 NVME SSDs were installed in each CEPH OSD server (SUSE12.2), one to cache reads and another to journal the writes. Read caching on the OSD server was done using Intel CAS software. Writes were natively journaled to the SSD in CEPH.

Option 2 –VirtuCache was installed in each ESXi 6.7 host, caching reads and writes to an Intel P4600 NVME SSD installed in the same ESXi host.