To simulate a real-life test we ran SQLIO overnight on a relatively small server. Our test spanned both random and sequential reads and writes, and stepped through queue depth from 1 through 128 and number of threads from 1 through 64.

All tests were run from within a single Windows 2008 Server R2 VM that had 4 cores assigned to one vCPU and 4 GB of RAM.

Highlights of the test results are

Hardware and Test Setup Details Below

To simulate a near real life test, we used SQLIO test suite running on a 4 core Xeon 3400 processor with 8GB RAM and a cheap 500GB SCSI drive.

We were caching data from this SCSI drive to a 300GB in-server Flash card installed in a PCIe slot.

SQLIO was configured to use 64KB block size. And each of the four test cases for random reads, random writes, sequential reads, and sequential writes were cycled through 1 through 64 number of threads and 1 through 128 number of pending requests. 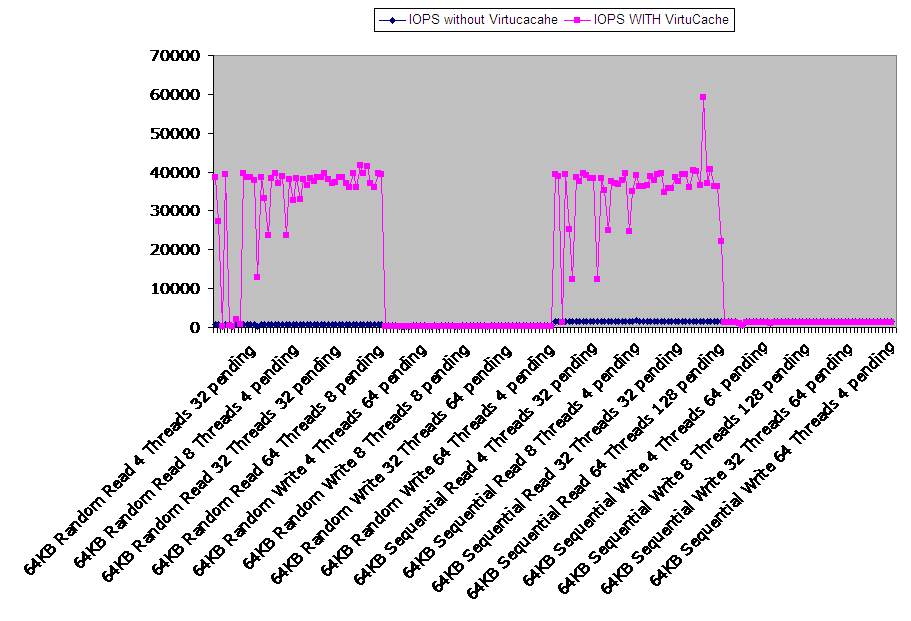