The big difference between the two is that VSA can cache only reads and only from the Master/Replica VM in Horizon VDI.1,2 VirtuCache caches reads and writes from all server & desktop VMs, and it can cache to TBs of in-host SSD or RAM, with the goal of servicing all storage IO from in-host cache.

Regarding VSA, there are three terms that are used interchangeably. VSA is the same as Horizon Storage Accelerator and Content Based Read Cache (CBRC). CBRC is an ESXi configuration at the host level, and it is exposed to the VMware administrator via the VSA feature only.

More details in the table below.

26 May 2019
Why do Snapshots affect VM Performance

There are only a few applications, financial trading software being one example, that require very low latencies, lower even than what’s possible with an all-flash array (AFA). VirtuCache caching to in-host RAM results in lower VM latencies than an AFA. This is because RAM latencies are an order of magnitude…

25 Dec 2016
How to Deploy the Lowest Latency Horizon View and XenDesktop VDI VMs?

For the lowest latency VDI VMs, the VMs should be running from in-host RAM. The combination of two facts – that RAM is the lowest latency media there is, and it is on the same motherboard as the host CPU, makes this storage architecture for VDI higher performing than any other….

18 Feb 2022
How does Queue Depth affect latency and IOPS in VMware?

Even if you have a fast array and storage network, and you are still experiencing high storage latencies for your high throughput VMs, it might be because of choked Queue Depths at the VM and virtual LUN device in the host. This problem will happen only if a few VMs… 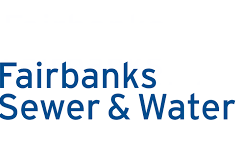 VMware has two categories of SSD Host Caches — those that swap out memory contents to SSD when host memory is full, and those that cache storage requests to host Flash / RAM.  In the former category are the below VMware features. VMware’s ‘Host Cache Configuration’ feature VMware’s ‘Virtual Flash…